In November 2002, one of our clients approached his GP complaining of neurological symptoms. Investigations were carried out and multiple sclerosis was suspected. Due to ongoing symptoms. including double vision, an MRI scan was carried out at Great Western Hospital during December 2002. 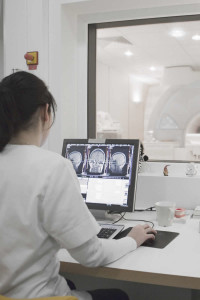 The Radiologist suspected that our client may have had a primary brain tumour. Unfortunately, nothing was done by the hospital to follow up this possible diagnosis and, for almost five years, our client was totally unaware that he had a brain tumour. During this time, he and his wife doubled their mortgage in order to move to a larger house and decided to have a second child. His wife also gave up her career in marketing. It was our case that they would not have made any of these decisions if they had known about the brain tumour.

Eventually, in December 2007, following a further MRI scan, he was told about the brain tumour which, by then, had grown. Since this situation came to light, our client experienced psychiatric problems and frequently became very angry. The prognosis for his tumour is poor and an earlier diagnosis would not have affected the predicted life expectancy. It was our case, however, that this delay in diagnosis resulted in psychiatric damage to our client (and his wife) and in, addition, they sustained ‘economic losses’ which could have been avoided if they had been told of the true situation back in December 2002.

Correspondence was exchanged between our firm and the Hospital Trust and, after protracted negotiations, we were eventually able to agree a settlement.

If you have had a similar case where a brain tumour has been incorrectly diagnosed, or any other incident of medical negligence from a healthcare professional, please contact us. The initial interview is free and we can advise if you have a suitable case in which we can represent you on a no win no fee basis. Our offices are in Swindon, Cheltenham, Bristol and Oxford.