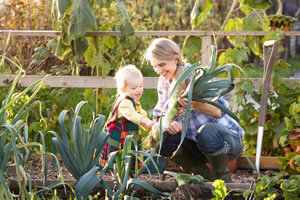 An online blog published by The Guardian on 14 March 2015 ran with the news that, speaking at the Liberal Democrats’ Spring Conference in Liverpool, Nick Clegg had announced that ‘the Government is committed to spending £250m a year over the next five years on CAMHS (child and adolescent mental health services).’ The funding is to commence from this month, you can read the original article here.

For years, individuals, charities and organisations have been campaigning for increased funding for CAMHS services. As clinical negligence lawyers, we know that this is not only a chronically under-funded and under-resourced area of healthcare, but also that, in our experience, claims in this area are on the increase. This is not a surprise when you consider some of the statistics published over the course of the last few weeks:-

• 10% of children aged five to 16 suffer from a diagnosable mental health disorder – that is around three children per school class;

• up to one child in every 12 deliberately self-harms;

• Over the last 10 years there has been a 68% increase in the number of young people being admitted to hospital because they self-harm;

• Over the last two years, 50% of teachers have seen an increase in the number of young people with mental health issues.

For one Mental Health Trust in particular, the number of claims we are seeing concerning failures to provide any, or any adequate care and for premature discharge from services is startling. Recently, this same Trust issued a letter to the parents of one child telling them that there were unable to honour the urgent referral made by an A&E doctor and a GP as there were insufficient resources for the child to be seen.

Instead, over-stretched GP’s and A&E Departments (many of whom have limited or no specific CAMHS training) are left to pick-up the pieces. Children with parents fortunate enough to have the means to pay for private treatment are the lucky ones – the reality is that, for the majority, finding £120.00 per week to fund a 1:1 session with a Psychiatrist is simply not possible.

• An extra £75.00 per child with a diagnosable mental health disorder, per year.

This is not enough to fund a single session with a Psychiatrist. In our experience, where children and adolescents are not given the mental healthcare they need at an early stage, many go on to suffer from avoidable and long-term, mental and physical health problems. This impacts not only on the individual in terms of their enjoyment of life and educational attainment, but also has a significant impact on their family and friends.

Last month saw increases in civil court fees in England and Wales of up to 600%. This means that claimants will now be paying the following fees when court proceedings are issued:-

This change affects not only the claimants in clinical negligence and personal injury cases, but also individuals, small businesses and other organisations suing for money claims at court. For instance: if a builder leaves you with a half completed, or botched, extension and you need to sue to recover £75,000 to put things right, you will now need to find £3,750 before you can issue your case at court. This is in aside from any other costs you need to find, such as Solicitors or Barristers fees, expert report fees and other expenses. If the builder goes into administration / is declared bankrupt during proceedings, you will be unable to recover the court fee and will probably also have difficulty recovering the money owed.

These changes are the latest in a series of reforms under Grayling, including: attempts to restrict judicial review and human rights, the removal and/or reduction of legal aid in a number of areas – legal aid is no longer available for personal injury and in clinical negligence, is now limited to only those cases where neurological (brain) injury has occurred within the first eight weeks of life.

“For many people – those suing for debts or to recover compensation for personal injury- litigation is often a necessity to keep your business alive or to maintain any quality of life.”

The Law Society, Bar Council, patient charities and others have issued a ‘pre-action protocol letter’ and plan to challenge the legality of the new fees through Judicial Review. Watch this space…

This newsletter was produced by S J Edney, solicitors
E-mail office@sjedney.co.uk Telephone: 01793 600721
PLEASE READ OUR CASE REPORTS AND MR EDNEY’S BLOG ON OUR WEBSITE AT : www.sjedney.co.uk