WELCOME to our autumn newsletter. 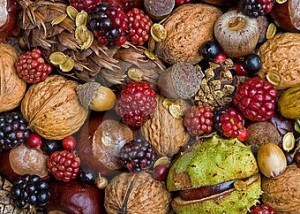 LEGAL CLAIMS ARISING FROM THE ABUSE OF OUR OLDER PEOPLE

As a firm that specialises in clinical negligence cases – we have noticed that the number of injuries and deaths of people in nursing and care homes continues to rise each year. This is something that has been highlighted by Age Concern and the media.

Despite the extent of this abuse, many of these victims (who are often vulnerable and disabled) do not seek legal advice and as such, do not receive compensation for their injuries. However, we believe that where a claim has merit it should be brought. Often the hospital or care home provider will have no defence to the allegations of negligence and from experience, we know that these cases can help encourage changes to working practices and so help protect others from future harm.

Learn more about how we can help with care home compensatiopn claims, or read about some of our previous ederly care cases.

SOLICITOR NUMBERS UP 15,000 ON FIVE YEARS AGO

The number of practising solicitors has reached an all-time high – 15,000 up on five years ago. Figures gathered by the Solicitors Regulation Authority at the end of July show 133,364 solicitors in practice. The number has grown every month since December 2014.

Clinical negligence claims of up to £250,000 could be subject to fixed fees under plans being considered by the Government. It is proposed that the new fixed recoverable costs would apply to all cases in which the letter of claim is sent on or after 1 October 2016. The Department of Health confirmed that a consultation will start in November and is likely to be concluded in December.

Although we fully support any reasonable steps taken to reduce the burden on the NHS of clinical negligence claims, we are opposed to fixed costs for a number of reasons:-

i. The introduction fixed costs, especially if set too low, will reduce the number of firms who will advise people who have been harmed due to negligent care, so patients will not have access to justice.
ii. For commercial reasons, many firms may decide to do other, more profitable, work. Clinical Negligence is a specialist area of practice, arguably attracting some of the brightest lawyers, who may also look to practice in other areas of law.
iii. If expert fees are also capped (which is very likely), many experts will decline to provide reports, making it difficult to properly investigate a case, which may, in turn, result in an unfavourable outcome for the patient.
iv. Those firms who are able to undertake this work in the future, may have to delegate its handling to less experienced and unqualified staff in order to reduce their costs. Key issues may be missed and clients’ claims may be unsuccessful or under settled!
v. it is likely that the costs payable will be capped as a proportion of the overall damages and making low value cases less attractive to solicitors. As an example: when a loss of earnings claim is involved, a patient with on a high income may find it far easier to find representation than a patient with identical injuries on a low income, simply because the patient with a lower loss of earnings claim will have a lower overall settlement.

Instead of a new “fixed costs regime”, we believe that the NHS should be focusing on preventing unnecessary injuries to patients in the first place and when these occur, liability should be admitted sooner rather than later and cases dealt without delay, thereby avoiding Court proceedings having to be issued and costs accumulating. As many of our clinical negligence clients will attest to – there are a significant number of cases which have to be issued at Court simply because of an inappropriate denial of liability, derisory settlement offers or the NHS Litigation Authority not responding quickly to claims.

The Supreme Court is due to hear an Insurer’s attempt to overturn a decision which allowed a Claimant to keep a settlement despite evidence later emerging that he had been dishonest. The Court granted permission to appeal in Hayward -v- Zurich Insurance Company plc after the insurer Zurich contested a Court of Appeal decision in March. That decision said the award should stand despite dishonest behaviour because of the ‘wider principle’ of finality of settlements.

As a firm we are committed to acting for victims of accidents and Seamus Edney has over 25 years’ experience of Clinical Negligence and Personal Injury work.