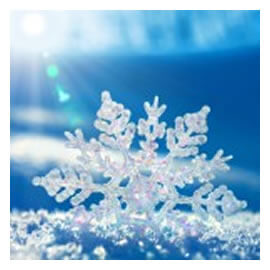 2014 was another busy year for S J Edney Solicitors. The Bains group litigation is making good progress and we are confident that it should be concluded during 2015. We are acting for 27 female patients of Davinderjit Bains, former GP, who are now seeking to recover damages for indecent assault, sexual and physical abuse which was committed on them whilst they were his patients.

During the summer, we also concluded our highest value clinical negligence case. This was bought by a young lady who suffered terrible injuries when she was only a little girl. She lost all her fingers as there was a delay in her being given antibiotics for a very bad dose of chicken pox and she then developed toxic syndrome caused by septicaemia. As well as receiving a lump sum, she will also receive annual periodical payments for life for her ongoing care needs. Overall her lifetime damages have been assessed at £7.5 million.

As well as the number of legal reforms that have taken place during the last couple of years, it is likely that further legal reform is on the Government’s agenda. Existing initiatives on whiplash reforms will continue apace and there is even talk of the small claims limit being increased further from £10,000.00.

Bills such as the Medical Innovation Bill and the Social Action Responsibility & Heroism Bill both of which causes some real concern are likely to become law next year.

On a more positive note, NHS providers of Health & Adult Social Care are now under a statutory duty to be candid with patients when things go wrong. As we have been advocating for many years, when mistakes are made, people want nothing more than an explanation of what happened and why, and to know that lessons have been learnt.

We therefore welcome this new duty which we believe will encourage openness and transparency in the healthcare system. This duty of candour was introduced for NHS providers on the 27 November 2014 and will apply to non NHS providers from April 2015.

The Government and members of the press also continue to attack Claimants and their lawyers. What they don’t seem to understand is that damages will only be paid where an accident is due to a breach of a duty of care and this in turn, has caused an injury to a person. In our experience, supported by the Government’s own statistics, there is no “compensation culture” in this country and their figures show that the number of claims has actually been falling over the past 3 years, with whiplash claims down by a third.

If the Government wants to cut the cost of claims, it should do more work to prevent accidents from happening in the first place, rather than simply attacking Claimants.

NHS INCREASES THE USE OF PRIVATE DETECTIVES

The NHS Litigation Authority, who represent Hospital Trusts facing legal claims, has greatly increased its use of surveillance by private detectives to investigate suspect claims, new figures have revealed.

A freedom of information request to the authority by the Law Society Gazette shows that it commissioned private investigators 24 times in 2013/14, up from 10 times in 2012/13. In 2010/11 they were used just once, to investigate a clinical negligence claim.

Figures so far this year suggest a continuing upward trend: by mid-October, the body had commissioned detectives 16 times since the start of April.

The evidence shows that most of the time, investigations do not reveal that a claim is fraudulent or exaggerated. In 2013/14, 58% of investigations uncovered no wrongdoing; the figure for 2012/13 was 60%.

The authority’s annual report, published during the summer, showed that the number of new clinical clams rose by 10.8% to 10,129 during 2012/13. The figure has increased by 66% in the past four years.

PI NUISANCE CALLS ON THE INCREASE

New figures have revealed that consumers continue to be bombarded with unsolicited phone calls relating to accident claims.

The Information Commissioner’s Office (ICO) has told the Law Society Gazette that it received 2,355 complaints in November relating to calls or texts asking if people had suffered an accident.

This was the third most common cause of complaints, behind boiler replacement and solar panels offers, and come at a time when the government has indicated a fresh drive to stop nuisance calls.

A consultation by the Department for Culture, Media and Sport has recently closed – the department is likely to seek to lower the threshold for penalising those found to be making the calls.

Research by Which? has previously found that the most common types of unsolicited calls on landlines were from companies selling financial products or services (such as PPI claims or insurance) (53%), with one-third reporting calls from accident claim companies.

Unwanted calls and texts are a serious concern and we hope that the government will take steps to tackle this problem. They should look to where the “claims” end up eg. a lawyer’s office and those lawyers should then be disciplined by the Solicitors Regulation Authority as this behaviour is quite clearly in breach of our Code of Conduct.

This newsletter was produced by S J Edney, solicitors
Contact us or Telephone: 01793 600721