Inquest into the unlawful killing of Mrs Mayra Cabrera

Our firm acted for Arnel Cabrera, the widower of Mrs Mayra Cabrera who died at Great Western Hospital (GWH) in Swindon on 11th May 2004 shortly after childbirth.

During late 2003, she became pregnant with her first child. She was admitted to the delivery suite at GWH on 10th May 2004 after beginning regular contractions. Eventually, on 11th May 2004 at about 8.14am, she gave birth to a healthy baby boy who was later to be called Zac. 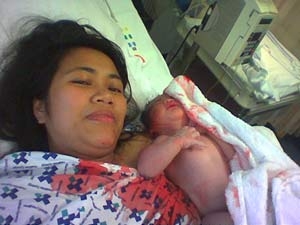 About 45 minutes following childbirth, Mayra Cabrera began to feel dizzy and faint and she was put under observation. She then began fitting and suffered a cardiac arrest. Resuscitation attempts were implemented but sadly unsuccessful. Within 2 hours of giving birth to her son, she had died. Her husband had been in the room as the doctors fought in vain to save her life.

Whilst resuscitation was being attempted on Mayra, medical staff noted a 500mls bag of Bupivacaine (a potent epidural anaesthetic) which had been wrongly connected to a cannula and inserted in her right arm. Bupivacaine should only be administered to a patient epidurally (for pain relief) and not into the blood intravenously. This drug had been wrongly hooked up to Mayra’s drip instead of a saline solution.

Later examination of the bag indicated that Mayra must have been given between 100mls and 150mls of this solution intravenously, enough to kill her. The Pathologist in his post mortem examination concluded that she had died from Bupivacaine toxicity. Notwithstanding the Post Mortem report, Arnel had been told that his wife had died from natural causes. As a consequence of her death, Arnel had no option but to return to the Philippines in June 2004; since his residency status in the UK depended on his wife being alive and working, he was no longer able to work. In May 2005, our firm was instructed by Arnel (through a friend in Swindon) to investigate the circumstances surrounding his wife’s death.

In July 2005, the Hospital Trust wrote to our firm and confirmed that Mayra’s death was caused as a direct result of a mix-up of the drugs in the maternity department which had caused her to be given an excessive and lethal dose of Bupivacaine. They were prepared to admit liability in any future civil claim. It is disappointing that the real reason for Mayra’s death only came to light some 14 months after she died and, not surprisingly, this came as a complete shock to her husband.

A Jury Inquest took place into the death of Mayra Cabrera over a period of four weeks at the beginning of 2008. The Inquest closely examined how the Bupivacaine came to be administered by a midwife in error. Arnel, the Hospital Trust, the Midwife who administered this drug and the Health & Safety Executive were all represented. A number of the hospital staff who treated Mayra and independent medical experts attended to give oral evidence.

What became clear during the Inquest is that Mayra’s death was not a “one-off” accident. It appears that there have been at least two other fatal accidents in the NHS where epidural infusions of Bupivacaine were administered intravenously in error – these are described by the NHS as “wrong route drug errors”. Both these deaths pre-dated Mayra’s death in 2004. Recommendations were made by the Coroners in these cases to the Department of Health, in an effort to avoid this type of tragedy occurring again and, as a result, the National Patient Safety Agency came into being. It was clear during the course of the Inquest that wrong route drug errors continue to take place regularly within the NHS despite the preventative checks that are in place.

In addition, the following evidence also came to light during the Inquest:

“Mayra Cabrera deceased was killed unlawfully – gross negligence manslaughter re the storage and administration of an epidural drug at Great Western Hospital, Swindon.”

The unlawful killing verdict against the Hospital Trust is a landmark decision. It is believed to be the first such finding against an NHS Trust rather than a named individual. Following the Inquest, GWH apologised unreservedly for the mistakes which had been made and say that they had learned its lesson. They would now take steps to prevent the re-occurrence of what had happened to Mayra.

The Coroner (Mr David Masters) said that he would be writing to the Department of Health, the Midwifery Council, the relevant Royal Colleges and the General Medical Council recommending that staff training and the storage and administration of drugs should be overhauled. He also wants the connectors for epidural drugs to be changed so that a mix-up would be unlikely to reoccur in the future.

“The nettle needs to be firmly grasped. It is quite clear that what is needed is a firm and radical approach to tackle the problems raised.

To add to the travesty of justice in this case, Arnel’s leave to remain in the UK was due to expire at the end of February 2008. He had only been given temporary leave to stay in the UK pending the conclusion of the Inquest. We have submitted a further application to the Home Office for permission for Arnel to remain indefinitely in the UK on compassionate grounds. Our request has been backed by the Coroner who criticised the way in which Arnel’s case had been dealt with by the Home Office until now.

“I found it quite extraordinary that this man has not the benefit of knowing that he can stay in this country for the foreseeable future. I would wholeheartedly support his right to stay had I any say in this matter. It seems to me that the red tape should be cut and thrown away and that this should be done quickly, sooner rather than later. He should in no circumstances remain prejudiced as to his right to stay in this country where perversely that right has come to an end by the death of his wife in the circumstances which we have all heard about and in the light of the extremely serious verdict which the Jury has recorded”.

Arnel has shown great fortitude and courage during recent years and we at S J Edney all hope that his case will have a happy outcome. It was Mayra Cabrera’s wish to bring up her son in their newly adopted country and we hope that the Government will show true compassion, as well as honouring Mayra’s memory, by righting the wrong which an NHS Hospital has done to Arnel and his family.

UPDATE: Arnel Cabrera granted leave to stay in the UK

4th August 2008: The Home Office have now reversed their earlier decision and confirmed that Arnel Cabrera will be granted indefinite leave to remain in the UK. This is fantastic news and he is applying for his son to join him in Swindon as soon as possible. Arnel would like to thank everyone who supported his campaign to stay especially his Union (Unison), his local MP, Anne Snelgrove and those hundreds of people who signed the S J Edney on-line position expressing their support for him. It has been a very difficult 4 years for Arnel and he can now look to the future and start to rebuild a family life for himself and his son in Swindon as he and Mayra had planned before her tragic death.