Statement to the press by Arnel Cabrera

Mayra was my love and my life. On the 11 May 2004 we were overjoyed when our son, Zac, was born, however our life together was ripped apart by the action of a midwife who failed to check the fluid she gave to my wife. She had 6 opportunities to check this fluid. Had she done so, Mayra would have been alive today.

The midwife’s failure to accept responsibility or show any remorse for her actions have made me very bitter and angry. I cannot forgive her and now hope that the Police and CPS will prosecute her for manslaughter.

The Inquest has also revealed that the former Chief Pharmacist and the Hospital Trust itself must share some of the blame for failing to ensure that the drug Mayra was given was locked away safely.

I hope and pray that the Trust and the NHS will learn lessons from this episode so other patients do not suffer a similar fate to that of Mayra.

The Coroner has said he will be writing to the Minister of Health to recommend fundamental changes relating to the administration and storage of medicines and I wholeheartedly endorse these recommendations.

I understand that the Immigration Minister, Liam Byrne has been reconsidering the Government’s decision to deport me and my son from this country which I have grown to love. It was Mayra’s wish to bring up our son in our newly adopted country and I hope that the Government will show true compassion as well as honouring Mayra’s memory by righting the wrong that an NHS Hospital has done to us.

Finally, I would like to thank my friends and family and especially my Solicitor, Mr Seamus Edney and Barrister, Mr Gerwyn Samuel for all the support and sympathy they have given to me during these difficult few years. 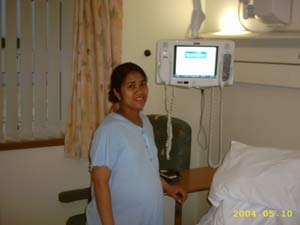