POLL FINDS ONLY A QUARTER OF PI VICTIMS CLAIM

Only 25% of people who have suffered a personal injury are likely to claim according to a poll commissioned by YouGov.

They found that the proportion of injury victims willing to claim had fallen since 2013, when it stood at 29%. 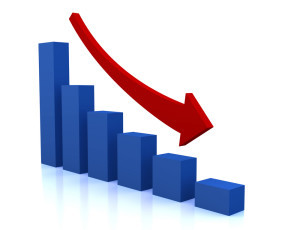 Just over a third (35%) who had had an accident or illness, decided not to claim as they did not believe their ailment was bad enough to warrant compensation. A further 22% said they do not believe in claiming compensation and 9% believed their case was not strong enough to win.

The results are based on a survey of 2,212 adults carried out in April, one year after the implementation of the wide-sweeping Jackson reforms on personal injury claims. One of the key reforms was to ban companies (often the insurers themselves) being paid “referral fees” for passing on details of accident victims to solicitors firms or claims management companies.

Since the introduction of the ban, many companies have diversified into cold calling.

Around two-thirds of people (67%) said they had been approached or contacted by personal injury companies in the past year – a 5% rise on 2013.

Unsolicited phone calls are now the most common way for PI companies to make contact, with 47% of people polled saying they had received a call in 2013 – a yearly rise of 7%. This was in contrast to the proportion of people reporting unsolicited text messages or emails, which dropped by around 5%.

Of those contacted who made a claim, 13% had originally decided not to but were persuaded to change their mind. Around a third (36%) ignored the marketing and opted against making any claim.

This poll blows the myth of the UK having a compensation culture fuelled by an ambulance chasing legal sector out of the water. Worryingly, however, unsolicited phone calls from these companies are on the increase, which may indicate that as PI companies can no longer buy-in guaranteed leads, they have resorted to cold calling to drum up business.

In my opinion, anyone either selling or losing data with details of their customers who may have been involved in an accident should be heavily fined. Cold calling and unsolicited texts or e-mails reflect very poorly on the personal injury sector.

At S J Edney we have never “bought in” work, nor do we make unsolicited contact with ‘potential’ clients – our clients come to us of their own volition and a high proportion find us through the recommendation of friends or family members. You can find our contact details here.

[box] SJ Edney Solicitors are specialists in Personal Injury cases, if you have been affected by a medical error please get in touch with one of our regional offices in Swindon, Cheltenham or Oxford, we can probably help you to claim the compensation to which you are entitled
12th August 2014|