We acted for Mrs Janice Lawrence, the sister of Mr Timothy Crook who was charged with the homicide of both his parents (Robert and Elsie Crook) during July 2007. He had been living with them at their bungalow in Swindon since 2003. He been suffering from a delusional disorder for some time and his family had been trying to obtain help for him from the mental health services before this tragedy occurred but their efforts had been unsuccessful.

Mr Crook was ruled unfit to plead due to his mental illness but a jury decided that he was responsible for his parents’ deaths. Mr Justice Evans, in sentencing Mr Crook on 17th December 2008 at Swindon Crown Court, made a direct link between his untreated mental state and the subsequent deaths of Mr & Mrs Crook. Timothy Crook was detained indefinitely at Rampton Hospital.

Following their deaths, an independent Inquiry was set up to examine what happened and what lessons could be learnt. This Inquiry has been conducted by Hascas and they have been highly critical of the actions of both the mental health services involved ie. Lincolnshire Partnership Foundation NHS Trust and Avon & Wiltshire Mental Health Partnership NHS Trust. Their report has now been published.

Their key findings are as follows:

Read more about this case in this BBC online article. 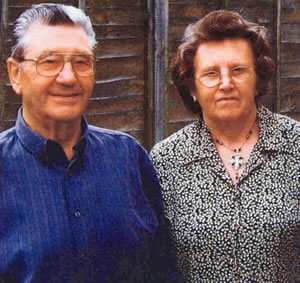