SHOULD I CLEAR THE SNOW FROM MY PATH?

TO CLEAR OR NOT TO CLEAR THE SNOW?

I managed to get into the office today (just) despite the heavy snow and closed roads and already the phone is ringing from people who have been involved in snow related accidents (mainly car accidents) and concerned home owners on whether they should clear the snow and ice from their paths and driveways.

Due to a number of misleading media reports, they are concerned that they could be sued or held legally responsible if someone slips or falls on ice or snow at their property. 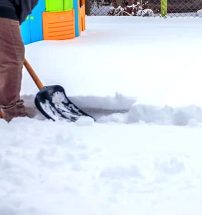 We all know that local authorities in the UK are responsible for gritting and salting public roads and pavements during harsh winter conditions – in fact, they have a statutory duty to do so.  Since the 31 October 2003 Section 41 (1A) of the Highways Act 1980 stipulates:-

“……….a Highway Authority are under a duty to ensure, so far as reasonably practicable, that safe passage along a highway is not endangered by snow or ice”.

A special defence exists under Section 58, where the Council has taken:-

“such care as in all the circumstances was reasonably required to secure that     the part of the highway to which the action relates was not dangerous for traffic”     (which includes pedestrians).

What amounts to “reasonably practical” will depend on the facts of each individual case.  In my experience,  the Courts take a very lenient interpretation of this statutory obligation especially if the snow is very bad and unexpected.

So, if you clear snow are you liable?

What about the individual home owner?  In England and Wales, we owe visitors to our home a duty under the Occupiers Liability Act 1984 to take reasonable care to ensure that they are reasonably safe from injuries.  An owner is not automatically liable for every injury – it all depends on whether he or she has done all that is reasonable in the circumstances.

In my opinion, people should not be deterred from clearing their path of snow and performing their civic duty by helping their neighbours to clear their paths, especially if they are elderly or disabled due to a very small risk that they may face a legal claim.