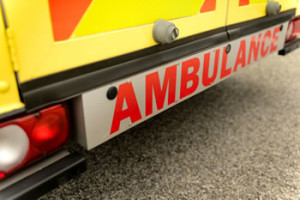 An article was published on the 2 February 2014 in the Sunday Telegraph telling its readers that “unscrupulous compensation lawyers are often called ambulance chasers because of their aggressive pursuit of claims on a no win no fee basis”.

The article highlighted the cost of clinical negligence claims and implied that Claimant lawyers may be cheating the system.  It called for a cap on the level of costs for lawyers representing poorly treated patients.

Once again, members of the media are unfairly criticising Claimants and their lawyers in pursuing claims against the NHS.  They are ignoring the fact that compensation payments are governed by the law of negligence.  This says that if you are incompetent and cause an injury, you pay damages and you pay the costs incurred in recovering those damages.  If you are injured due to a non negligent cause, you are not entitled to receive any damages.

In our view, there are three simple things the NHS could do immediately to ensure that the number of claims are reduced and this would make a significant saving in the legal costs incurred by both parties namely:-

In our experience, the vast majority of clients are not seeking advice simply because they are motivated by the compensation but they feel that they have been “fobbed off” by the NHS and their concerns about their treatment have not been addressed.

The Ambulance Service in the Cotswolds was described as not fit for purpose by the leader of the Cotswold District Council at a meeting on the 27 February 2014.

The national target for 999 call outs is about 75% of patients should be responded to within the specified time of 8 minutes.

However, new figures reveal that South Western Ambulance Service (SWAS) is way off target with just 46% of patients in the district seeing an ambulance arrive within that time.

A spokesman for SWAS said that rural areas such as the Cotswolds had always represented a challenge in terms of response times.

In 2011, SWAS acquired neighbouring Great Western Ambulance Service NHS Trust and has responsibility for the provision of ambulance services across a 10,000 square metres area.

The Medical Protection Society (MPS) says that 58% of GP respondents to a recent poll have faced a complaint, claim or General Medical Council Investigation in the past 12 months.  It also says that claims against its members soared by 40% from 2011 to 2012.

The Government says that it has inspected more than 900 claims management companies since the introduction of the referral fee ban last April, with 500 of them leaving the personal injury market.  The Ministry of Justice also reveals that the Claims Management Regulation Unit revoked 200 CMC licences last year, while the number of personal injury CMCs has fallen from a peak of 2,553 in December 2011 to around 1,400 in January 2014.

More clients – as a small firm with limited resources, we rely greatly on our clients and former clients for recommendations.  We appreciate that this will only happen if we continue to provide a top class service to our clients.

This newsletter was produced by S J Edney solicitors