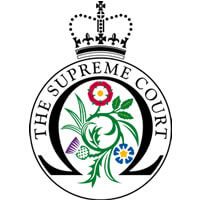 The Supreme Court has dismissed the “right to die” appeal bought by the wife of the late Tony Nicholson and campaigner Paul Lamb, in a landmark judgment on the 25 June 2014.

Jane Nicholson and Paul Lamb claimed the prohibition on assisted suicide in Section 2 (1) of the Suicide Act 1961 is incompatible with Article 8 of the European Convention on Human Rights. The 1961 Suicide Act makes it an offence to encourage or assist a suicide or a suicide attempt in England and Wales. Anyone, including a doctor, doing so could face upto 14 years in prison.

The majority of the full panel of Supreme Court judges in their judgment said they did not have the jurisdiction to change the law and that this would be a matter for Parliament. They did, however, leave the possibility open for the Court to rule on the matter in the future if Parliament if fails to engage with the issue.

In the ruling, the majority of the Supreme Court indicated that the current blanket ban on assisted suicide is either incompatible with Article 8 or may well be so but they stopped short of making a declaration of incompatibility.

The Supreme Court’s decision is the latest stage of the case that has been running since 2005. Tony Nicholson, a man with locked in syndrome, lost his court case to legally end his life in 2012. Shortly after the verdict, he became ill and sadly died. His widow, Jane, continued with his case and was joined by another man – Paul Lamb, who put forward and lost the same argument in his own case in the Court of Appeal.

Mr Nicholson’s widow and Mr Lamb were seeking a Court declaration that any doctor who helped a person to die would have a defence against a charge of murder. The Defence is known as “necessity” , meaning it was necessary for the doctor to act to stop intolerable suffering.

The Government had earlier indicated that it has no plans to change the law on assisted dying but Mr Lamb and the family of the late Mr Nicholson now hope, in light of the Supreme Court decision, they will review the 1961 Suicide Act to permit assisted suicide for those people who are terminally ill in England and Wales. Obviously, there would need to be adequate “safeguards and precautions” taken to ensure that the more vulnerable are protected.

The Secretary of State for Health (Mr Jeremy Hunt) made an important statement in the House of Commons on the 24 June 2014.

In the Government’s response to Sir Robert Francis’ QC landmark public inquiry on the poor standards of care at Mid Staffordshire NHS Foundation Trust, he confirmed that he was determined to make the NHS the safest and most open healthcare system in the world.

As from the date of his statement, all Hospital Trusts will receive an invitation to join the ‘Sign-up to Safety’ campaign which is led by Sir David Dalton, the Chief Executive of the Salford Royal Hospital.

The campaign hopes to halve avoidable harm to patients, thereby potentially saving 6,000 lives over the next 3 years. Trusts will be asked to prepare and deliver a safety plan and they may receive a financial incentive from the NHS Litigation Authority (the body responsible for assisting the NHS with legal claims) to help support implementation.

The Sign-up to Safety campaign hopes to halve serious mistakes such as medication errors, blood clots and bedsores by 2016-17.

Mr Hunt also continued to confirm that the Government was creating a hospital safety website for patients. The NHS Choices website will tell members of the public how well Hospital Trusts are performing across a range of key safety indicators, including one for open and honest reporting.

For the first time, the website will let patients and the public see whether a hospital has achieved its planned levels for nursing hours.

In addition, Mr Hunt has asked Sir Robert Francis QC to chair an independent review on creating an open and honest reporting culture in the NHS. The review will provide advice and recommendations to ensure that NHS workers can speak up without fear of retribution. It will also look at how we can ensure that where NHS whistle blowers have been mistreated, there are appropriate remedies for staff and there is accountability for those who have mistreated them.

S J Edney welcomes the package of measures announced by Mr Hunt which, if fully implemented, will ensure that the NHS continues to be one of the top rated healthcare systems in the world.

Law firm numbers fall again – the number of solicitors firms has fallen by almost 800 in the past two years, the Solicitors Regulation Authority’s monthly snapshot of the profession revealed. There are now 10,519 firms in total.

Cautions come off the record – cautions and minor convictions should not have to be disclosed in criminal record checks, the Supreme Court ruled earlier this month in T -v- Secretary of State for the Home Department. Judges said the requirement to do so breached privacy.

Healthcare staff duty to consult – medical staff have a duty to consult and involve patients in decisions to place ‘do not resuscitate’ orders on their notes, the Court of Appeal has recently ruled. In Tracey -v- Cambridgeshire NHS Foundation Trust, the Court ruled that doctors who had failed to do so had acted unlawfully.

CQC proposes statutory duty of candour – in response to a Department of Health consultation, the Care Quality Commission (CQC) proposes to introduce a statutory duty of candour. The duty would apply to all health and adult social care providers registered with the CQC, not just those working in the NHS. All cases of moderate to severe harm or death would give rise to the duty.

Saatchi Bill – a proposed Medical Innovation Bill introduced by Lord Saatchi claims to address an “increasingly litigious culture” which puts pressure on doctors to practice defensive medicine, thereby stifling much needed innovation. The Bill provides that it is not negligent for a doctor to depart from the existing range of accepted treatments for a condition, if the decision to do so is taken “responsibly”. The Government has proposed an amended to this Bill whereby doctors would have to secure the agreement of specialists in other hospitals before trying out untested medical treatments. This should be an extra safeguard for patients.

More clients – as a small firm with limited resources, we rely greatly on our clients and former clients for recommendations.  We appreciate that this will only happen if we continue to provide a top class service to our clients