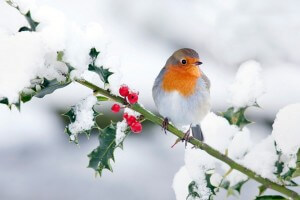 WELCOME to our winter newsletter.

In our previous newsletter (Issue 60), we expressed our many concerns about the worrying Government plans for introducing low level fixed fees for clinical negligence claims with a value of up to £250,000.00. These changes are likely to be introduced in October 2016.

We hope that the Government will listen to the submissions that have been put forward about these proposals from both the Association of Personal Injury Lawyers (APIL) and the patient’s charity, Action against Medical Accidents (AvMA). As a firm of solicitors who specialise in this area of the law we wholeheartedly support and are grateful for, both charities’ work in this respect.

The NHS is an institution which we should, rightly, all be very proud of, but we do feel that the Government is approaching the problem of higher damages awards and costs payable to claimants in the wrong way – they should not be impeding access to justice by making this type of work unprofitable for lawyers, but instead should be trying to do more to prevent patients being injured in the first place. Taking steps to minimise harm not only benefits patients by preventing them suffering injuries in the first place, but ultimately, keeps costs down by reducing the number of claims being made against the NHS.

There are also many other issues that cause us concern for 2016. In particular, the many Court closures being announced and the significant increases in Court fees which were introduced in 2015, both of which will and are making it far more difficult for Claimants to bring personal injury claims.

In the recent Autumn Statement, the Chancellor announced that the small claims limit for personal injury claims is set to increase from the current limit of £1,000.00 to £5,000.00 and general damages will no longer be recoverable in “minor” whiplash claims.

It seems that the Government is using its powers to reduce the financial impact of negligent acts on the NHS and large insurance companies which we believe is unfair and wrong. Those who have been harmed should be compensated; with the lack of legal aid in personal injury cases and for most clinical negligence cases, claimants rely upon ‘no win no fee’ lawyers acting for them. If these changes proceed at their current rate, claimant lawyers will no longer be able to offer these services as it will simply not be financially viable for them to do so.

A FAILURE TO INVESTIGATE UNEXPECTED DEATHS IN THE NHS

A report commissioned by NHS England was passed onto the BBC concerning Southern Health Foundation Trust’s failure to investigate the unexpected deaths of more than 1,000 people.

Southern Health is one of the country’s largest Mental Health Trusts covering Hampshire, Dorset, Wiltshire, Oxfordshire and Buckinghamshire providing services to about 45,000 people.

The leaked report looked at all deaths at the Trust between April 2011 and March 2015. During that period, it found that 1,454 deaths were unexpected.

Of those, 272 were treated as critical incidents, of which just 195 – 13%, were treated by the Trust as a serious incident requiring investigation.

Key findings from the report:
• The Trust could not demonstrate a comprehensive systematic approach to learning from deaths;
• Despite the Trust having comprehensive data on deaths, it failed to use it effectively;
• Too few deaths among those with learning disabilities and over-65s with mental health problems were investigated, and some cases should have been investigated further;
• In nearly two-thirds of investigations, there was no family involvement;
• The report blamed a “failure of leadership” on the part of the Trust.
The report also found that the likelihood of an unexpected death being investigated depended hugely on the type of patient. The most likely group to get an investigation were adults with mental health problems, where 30% were investigated.
The Health Secretary Jeremy Hunt, confirmed that the Government was “profoundly shocked” by the report and he told the Commons that there was an “urgent need” to improve the investigation and learning from the estimated 200 avoidable deaths that happen every week across the NHS system.
He outlined a three-point plan to try and improve the situation which included:
1. From June 2016, bringing in “Ofsted style” ratings for all 209 Clinical Commissioning Group areas in England;
2. The University of Bristol is to carry out a study into the mortality rates of people with learning disabilities in NHS care;
3. His commitment to publish, from next year, the number of avoidable deaths by NHS Trusts.
Mr Hunt told the Commons the cultural change required in the NHS remained “unfinished business” following the Mid Staffs scandal, saying:
“…the fundamental question that we all need reflect on is why is it that we do not currently have the right reporting culture in the NHS when it comes to unexpected deaths.”
We at S J Edney welcome the measures announced by Mr Hunt and hope that this will see an improvement – this is, after all, what patients, their families and carers deserve.

A Bill to change the way psychiatric injury claims are handled is now in Parliament.

The Negligence & Damages Bill was introduced by Andy McDonald, Labour MP for Middlesbrough.

The Bill also seeks to change the way bereavement damages are dealt with in England and Wales.

The first part of the Bill seeks to modernise the law to help people who suffer psychiatric harm after the death or injury of loved ones. It does this in three ways.

Second, the Bill also removes the requirement for the event which causes the psychiatric harm to be ‘shocking’ in the sense that it makes a direct and immediate impact on the senses.

Finally, it removes the requirement for the ‘secondary victim’ to be close in time and space to the incident and to have perceived it through their own unaided senses.

In terms of bereavement damages, the Bill seeks to bring the system into line with the law in Scotland, where bereaved families are treated with fairness, flexibility and understanding.

In England and Wales, bereaved families are treated as second class citizens by comparison. The Fatal Accidents Act 1976 allows payment of a fixed sum of £12,980 for bereavement damages, which can be claimed only by the spouse or civil partner of the deceased and the parents of unmarried children under the age of 18. The original intention behind providing a fixed sum was that it should be viewed simply as a ‘token’ to help compensate for the grief and trauma of losing a close family member.

The NHS Ombudsman, Dame Julie Mellor found that three out of every four investigations by hospitals into complaints that patients suffered avoidable injury or death failed to identify serious failings in care, often leaving distraught families in the dark.

Her review of the quality of internal hospital investigations uncovered a series of major weaknesses. In 73% of cases in which she found evidence of clear failings, the Trust in question concluded that no failings occurred.

“Parents and families are being met with a wall of silence from the NHS when they seek answers as to why their loved one died or was harmed. Our review found that NHS investigations into complaints about avoidable death and harm are simply not good enough. They are not consistent, reliable or transparent which means that too many people are being forced to bring their complaint to us to get it resolved”.

In just over half (52%) of the cases she examined, the investigation had been led by a doctor who was not independent of the events complained about.

This is something that we see frequently and it is often the reason many claimants come to us; they want and need answers as to how and why things went wrong. When the internal complaints process fails them, they are often hurt, upset and angry that they are not receiving honest answers.

AND FINALLY – some news in numbers:-

£250,000 the cap on damages, below which the Government is considering imposing limits on legal costs in medical negligence claims.

£386m the estimated extra cost motorists will have to pay through their policies in order to fund a rise in Insurance Premium Tax from 6% to 9.5%, according to the RAC.

3.9m the number of people, estimated by Direct Line, who had a child injured on their property in the last 12 months, using equipment such as trampolines and bouncy castles.

27,688 the number of uninsured vehicles seized by UK police forces in 2015, according to Churchill Car Insurance.

As a firm we are committed to acting for victims of accidents and Seamus Edney has over 25 years’ experience of Clinical Negligence and Personal Injury work.