On 16th October 2011, one of our clients was gardening with his parents at their home when a thorn went into his right ring finger. He attended the A & E department at Hinchingbrooke Hospital in Cambridgeshire.

Due to his ongoing pain in this finger, he was later referred by the hospital to their Fracture Clinic. He saw one of the Associates in Trauma and Orthopaedics on 9th November 2011. He returned to the A & E department on 8th December 2011 as the pain in his finger was continuing. He had an x-ray and scan which showed that he had a lesion in this finger caused by a foreign body.

He underwent surgery on 9th February 2012 to remove this foreign body, but the surgeon inadvertently operated on his right middle finger by mistake. On realising his error, he stopped and then proceeded to operate on the injured right ring finger.

Our client was critical of the care which he received at the hospital; he was left with avoidable ongoing residual symptoms in his right middle finger which impacted on his life for a period of time. This was a strong case on its merits as this type of injury should not occur (i.e. it is what doctors call a “never event”). Our independent expert agreed and, in his opinion, by about April 2014, he should be fully recovered from this episode.

A letter of claim was submitted to the Hospital Trust and, after protracted negotiations, we were able to agree upon a settlement figure for our client, which included a claim for partial loss of earnings. 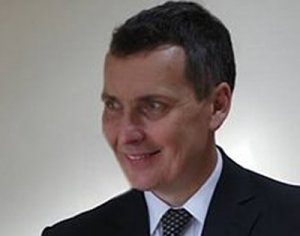 If you would like to make a claim for a never event, please contact us to speak to an experienced solicitor today.