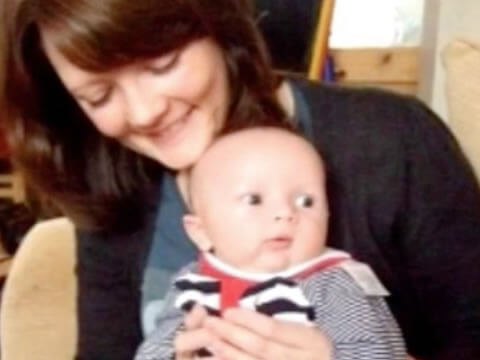 We have been acting for the family of Emma Cadywould, who was tragically killed by a train on the 16 December 2011 after a 6 month battle with post natal depression.

Emma, who was only 32, had been struggling to cope following the birth of her baby boy.  Despite repeated visits by the Swindon Mental Crisis Team and her requests to be treated as an inpatient, she did not receive the support that she needed.  Tragically, this led to her death.

At a 3 day Inquest held in Salisbury during November 2011, the Assistant Coroner gave a narrative verdict, commenting that this was “one of the worst cases of postnatal depression” he had ever seen.

Emma‘s family believed that she had received very poor care during the months leading up to her death.  On obtaining the relevant medical records, it was clear that Emma had symptoms of a very severe depressive illness; she had never previously been mentally ill or had no known of history of deliberate self harm.

Her postnatal depression was characterised by very typical symptoms (severe and sustained low mood; guilt; feeling that her baby was unlike other babies and that she lacked the skills another mother might have in caring for him).  She also had recurrent and highly distressing thoughts of suicide.

In our view, the treatment Emma received for her illness fell below the standard of care which she should have received from an ordinarily competent Crisis team.

A formal letter of claim was sent to the Avon & Wiltshire Mental Health Trust (who are responsible for the Crisis Team) in December 2013.  In April 2014 their lawyers formally admitted liability and accepted that there had been a number of failings in Emma‘s care, leading to her death.

We are now quantifying a claim for damages for the family.  In the meanwhile, Emma‘s sister, Lucie, has launched an on-line petition, calling for an urgent NHS England review into its postnatal services which has 40,000 supporters so far.

“After the NHS admitted fault, I was signed off work because I took it really badly” said Lucie.  “I thought something has got to be done because there is something terribly wrong here.  I found it really upsetting to think that others could be suffering in the same way as my sister and not getting the help they need”.

Lucie adds “there should be a minimum standard of care for postnatal depression in every area and there should be the ability to access a higher level of care easily.  I do not think either of these things exist in the majority of places at the moment”;.

She also wants to see more mother and baby units and a skills audit as part of a review into postnatal care.

According to Freedom of Information Act responses from 193 NHS Trusts across England, only 50 provide a specialist perinatal mental health service for new mothers.  Government Health advisers recommended 7 years ago that such care should be made available everywhere.

Lucie‘s on-line petition has support from the Sunday Express who have added a new chapter to their Mental Health Charter, calling for experienced perinatal professionals in every Mental Health Trust.

Further updates on this case can be found here.

At S J Edney, we often act for clients (many of whom are elderly and may be suffering from dementia) who have been allowed to develop a pressure ulcer or sore, whilst either in hospital or a care home, which in many cases has very serious consequences for them.

We therefore wholeheartedly support the Association of Personal Injury Lawyers (APIL‘s) campaign calling for improvement of care and greater consistency in hospitals and care homes
across Britain in an attempt to avoid patients or residents developing pressure ulcers.

They have put forward a five point plan of action developed with the help of Richard White, Professor of Tissue Viability at the University of Worcester.  This plan has been forwarded to the Government and other interested bodies for them to consider.

Launching the campaign, APIL‘s vice-president Jonathan Wheeler said: “Reducing the number of
pressure ulcers will save the NHS millions of pounds a year and, more importantly, reduce the suffering of thousands of people. It should be a simple question of putting in the effort to prevent pressure ulcers occurring rather than paying the price when it‘s too late.”

In British hospitals in 2012/13, there were more than 5,000 critical pressure ulcers.  Research (and our own experience) suggests that pressure sores are 95% avoidable.  They are often avoided by turning a patient regularly, ensuring that they are dry and well hydrated and checking the skin regularly to identify and treat possible pressure ulcers before the skin breaks and the problem becomes more serious.

Information for APIL‘s campaign was drawn from Freedom of Information requests to all Hospital Trusts in Britain and for further details of this campaign, please visit the APIL website at http://www.apil.org.uk/

Missing persons plan – families of missing people could be given authority to deal with the legal and financial affairs of their loved one under plans proposed by the Ministry of Justice.  A consultation on the new legal mechanism ends on the 18 November 2014 – https://consult.justice.gov.uk/digital-communications/guardianship-property-and-affairs-missing-persons
4.9% growth in the legal sector next year – growth in the legal services market will next year reach levels not seen since before the 2008 downturn, the Law Society said last week.  It predicts growth in real turnover of 3.8% in 2014, jumping to 4.9% in 2015.  That contrasts with 3.5% in 2013 and 1.5% in 2012.  Net export growth, hit this year by the strength of the pound, will grow from 3% this year to 7.9% in 2015, boosted by growth in both advanced and emerging economies.

Claimants put off – New research commissioned by law firm network QualitySolicitors shows that negative publicity about personal injury claims is deterring many injury victims from pursuing redress.  Almost a third of survey respondents said they were put off making a claim as they did not want to contribute to the ‘compensation culture’.

More clients – as a small firm with limited resources, we rely greatly on our clients and former clients for recommendations.  We appreciate that this will only happen if we continue to provide a top class service to our clients.

This newsletter was produced by S J Edney solicitors